US Declaration of Independence

Written in 1774, primarily by Thomas Jefferson.

For the US colonies to declare independence from Britain.

The famous sentence in this document is a general statement of human rights.
It also sets the context for the declaration of independence that followed:

We hold these truths to be self-evident, that all men are created equal, that they are endowed by their Creator with certain unalienable Rights, that among these are Life, Liberty and their pursuit of Happiness.

The middle section of the Declaration of Independence lists 27 reasons as to why they are seeking to create their own republic.
They’re directed at King George III, sovereign head of Britain.
They include:

He has forbidden his Governors to pass Laws of immediate and pressing Importance, unless suspended in their Operation till his Assent should be obtained; and when so suspended, he has utterly neglected to attend to them.
For quartering large Bodies of Armed Troops among us.
For imposing taxes on us without our Consent.
In every stage of these Oppressions we have Petitioned for Redress in the most humble Terms: Our repeated Petitions have been answered only by repeated Injury. A Prince, whose Character is thus marked by every act which may define a Tyrant, is unfit to be the Ruler of a free People.

And, finally, the declaration…

We, therefore, the Representatives of the united States of America, in General Congress, Assembled, appealing to the Supreme Judge of the world for the rectitude of our intentions, do, in the Name, and by Authority of the good People of these Colonies, solemnly publish and declare, That these United Colonies are, and of Right ought to be Free and Independent States; that they are Absolved from all Allegiance to the British Crown, and that all political connection between them and the State of Great Britain, is and ought to be totally dissolved; and that as Free and Independent States, they have full Power to levy War, conclude Peace, contract Alliances, establish Commerce, and to do all other Acts and Things which Independent States may of right do. 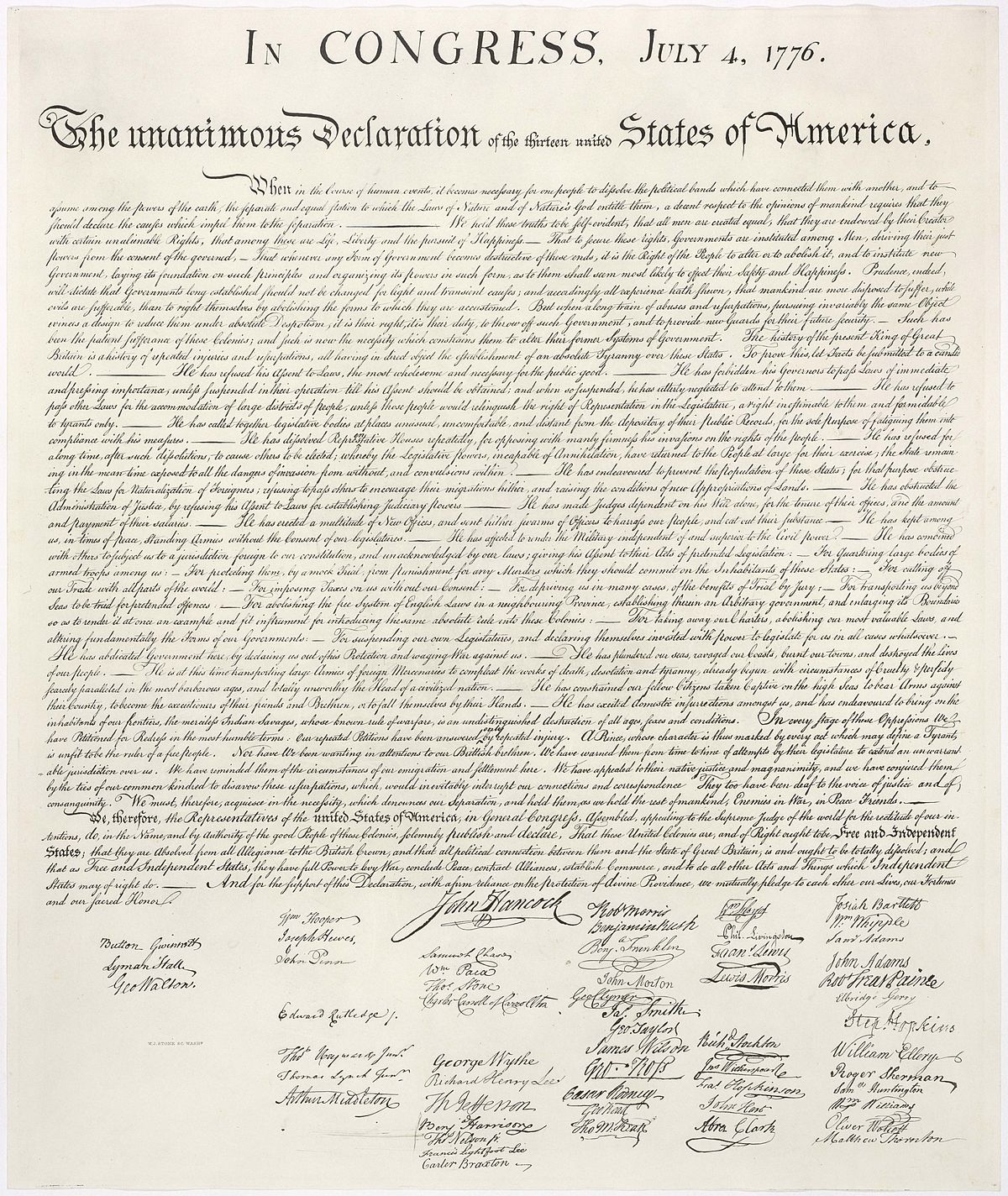